An Interview with Professor Anita Gonzalez on Visualizing Historical Acts

Anita Gonzalez, Professor of Theatre and Drama within the School of Music, Theatre and Dance at U-M, is collaborating with DEI to develop the 19th Century Acts Tool: a digital humanities tool that visualizes historical, ephemeral acts through the amalgamation of archival texts in an engaging, online platform. During her recent Academic Innovation at Michigan (AIM) Innovator Series talk, Professor Gonzalez engaged breakout groups in a discussion about ways to encourage student engagement and discovery of historical performances through a nonlinear approach to learning using the 19th Century Acts Tool. Recently, we were able to chat with Professor Gonzalez about her work developing the 19th Century Acts Tool as well as her experience participating in the AIM Innovator Series. How does the 19th Century Acts Tool work with or harness the complexity of relating the history of ephemeral acts that are largely remembered through a veil of emotion?

Performances disappear in the moment of their creation. Their emotional impact remains only in the memory of those who were present at the “Show.” Consequently, theatre historians work with ghost artifacts, imagining performance events through scraps and shards of evidence. We rummage through costumes, props, architectural drawings, ticket stubs, reviews, programs and text trying to capture the essence of the ephemeral act. At the heart of any theatrical act is embodied storytelling and a recreation of precious emotions shared between performer and audience. This emotive state, which unites gesture with voice with idea is what we hope to offer a glimpse of in the 19th Century Acts Tool. The tool incorporates images of hands and performing bodies coupled with reconstructions of voices and gestures to give users a sense of how the historical performance might have communicated to audiences.

Can you explain the reasoning as well as consequences for designing the 19th Century Acts Tool to be largely nonlinear? How has digital technology enabled this design?

The tool is designed to be nonlinear because that is how students think. When I teach discussion classes I pose questions to students and watch how they work to respond to complex questions. Generally, they open multiple screens and consult multiple sources at the same time. They search for the answer using Google, YouTube, Instagram and other technologies, which keep them engaged. I find students are used to associative rather than linear thinking. Once they see the sources they begin to make connections across the various media.

I find many of our teaching tools to be exactly opposite. They replicate print books by presenting a photo image coupled with an explanatory text. This approach to learning encourages passive reception of previously organized knowledge. I’m interested in seeing how students construct knowledge when presented with sources or evidence. When they construct knowledge they are more likely to remember it.

So the 19th Century Acts Tool is nonlinear and you can enter into the resource through several portals. Each portal will lead you through a different way of acquiring information. This is important because not only does each student learn better, but I have found that users coming from diverse disciplines also prefer to see different types of information. For example, the musicologist who enters the tool already knows how Mendelssohn’s music sounds. They may be more interested in where the pianist sat or how the actress who performed to the music moved on stage. Another user trained in history might really want to know what a Mendelssohn concerto sounds like.

Of course one consequence of this approach is that if you are looking for a particular item, there is no search tool, so you may have to “play in the interface” a little before you find what you want.

How does the 19th Century Acts Tool enable the recreation of historical performances in order to present diverse performances from multiple lenses?

The prototype of the tool is the African American actor Ira Aldridge, who performed primarily in Europe and Russia. The intent of the project, especially in its second phase, is to enable users to enter data sets from any performer into the interface. Many people think of theater as written text, but the tool privileges non-textual aspects of performance. Because there are many theatrical events, particularly in working class communities, that are not text based the tool allows for inclusion of a broader spectrum of theatrical activities.

For example, my own current research centers around African, Irish and working class performances on boats. The written documentation of this kind of performance work is scanty, but with 19th Century Acts, I could enter data about ships into the “venue” section of the tool, add recordings of sea shanties to the “listen” section of the tool and add seaman’s uniforms to the “costumes” section of the tool and come up with a sense of where and how maritime performance transpired. This would not be possible if we depended only upon literary text to define theatrical activity. In that way, 19th Century Acts broadens the scope of documentation about theatrical practices.

What were the key takeaways from your featured Academic at Michigan (AIM) Innovator series talk that focused on discussing historical performances through the 19th Century Acts Tool?

The key take away that I got from AIM was the importance of embodied research. One of the key elements of the performing arts is that the human body physically engages, using voice and body to communicate ideas. As we imagine history, it is a challenge to recreate the body experiencing the text (or song or dance). My breakout group suggested that we might use the tool to encourage an embodied response to the subject matter. What if we included a media clip which asked users to imitate gestures, or included music with instructions to tap on the table to the beats of the song? This would encourage a physical engagement with the tool that moves beyond clicking a button. I’m not sure we can include this type of activity in the current iteration of the tool, but it is an idea that could be incorporated in the future under the “listen” section.

How do you hope this tool will change the way U-M students learn about historical performances?

Students will learn about performers of the 19th Century through their images instead of solely through language. As students surf and click through the pages they will learn about aspects of performers’ lives in a visual way. They will be able to create their own pathways through performance history, selecting events or archival documents that most interest them. Instead of viewing performances as finite completed acts, students will actively engage with snippets of information about performers, and then draw their own conclusions about what happened during the show. One part of the tool aggregates and remixes images of texts, props, and costumes. Another part locates venues and performances. The beauty of this project is that I can’t predict what students will learn because each student will be in charge of their own learning based upon how they move through the tool’s components. I hope students will learn about historical performances by exploring and seeing where their interests’ takes them. 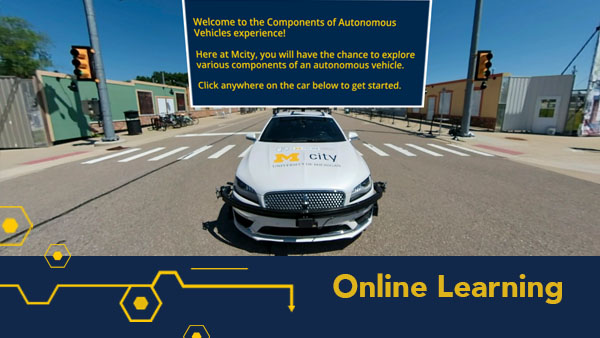