‘Gradecraft has Changed Everything’: Professor Turns To Gameful Learning After Moving to Remote Learning and Is Never Looking Back

Amid increased isolation of remote learning, professor’s philosophy students are able to control their grade, build a community and have a lot of fun doing it

Greta Turnbull always made sure to bring an element of fun into her required philosophy courses at Gonzaga. When everything moved to remote learning, maintaining that element of fun seemed like something that would inevitably be lost in the transition to Zoom.

“How do you move a class that was never intended to be online into completely remote delivery? How do you do it in a way that isn’t boring? That keeps the excitement?” Turnbull recalls asking herself these questions during the summer. Her conclusion — radically transform her current course using a 100% gameful learning pedagogy, and use GradeCraft to make it happen.

“I thought to myself, well, if there is a semester where it makes sense to experiment, it’s this one,” Turnbull said. The freedom to fail is one of the core tenets of gameful pedagogy, and Turnbull says it also meant she needed to offer that freedom to herself as well as her students.

Be bold. Take risks. Have fun.

Her experiment paid off in ways she says were profound. Her students are more engaged, opted for more difficult, team-based assignments, and are having even more fun then they were in person while also building a tight-knit community.

It’s just what Turnbull and her students needed during these difficult times.

“We talk a lot in academia about resilience, and about fostering student resilience, but I think we have no idea just how resilient our students are,” Turnbull says.

As it turns out, gameful learning is just what was needed to unlock the excitement of her students, and empower students at this critical time with avenues that allow them to be in control of their learning and their grade.

“We talk a lot in academia about resilience, and about fostering student resilience, but I think we have no idea just how resilient our students are.” — Greta Turnbull, Gonzaga University.

Her courses are now fully gameful, meaning the students start at zero points and accumulate points that will eventually translate to a letter grade. But the influx of choice and of assignments and tasks worth points, as well as the need for a way to facilitate group dialogue, meant she needed a system that could manage everything. As she faced a difficult semester ahead with little time to spare, she couldn’t imagine keeping track of everything. She almost didn’t move forward with the gameful approach. Then she discovered GradeCraft.

“Gradecraft takes the grade-tracking responsibility from me and does so in a way that is intuitive to the students,” Turnbull says. “They are experiencing the thrill of having learning in their own hands for the first time.”

She organized her 90 students into three- and four-person teams that would be responsible for working and participating together to tally and log their own points. This team-based approach was especially important to Turnbull in the move to remote learning as students were feeling more isolated than ever.

“I have students who have been moved to isolation quickly. I have students whose lives are in chaos. The fact that they can have control over one thing in their life right now is something I am really excited to be able to give them,” she says.

It was only possible thanks to GradeCraft, Turnbull says.

Using GradeCraft, and fully embracing the possibilities of gameful learning, Turnbull awards points for attendance, participation, assignments, group discussions and more. She also awards points to winners of a Jeopardy-style game and uses GradeCraft’s leaderboard function to allow students to see how they rank from week to week. The scoreboard is a huge motivator, Turnbull says.

“I couldn’t do gameful learning without GradeCraft. It’s so intuitive,” she says.

And it has paid off in ways she didn’t expect. Students work together to develop complex scoring strategies, they offer encouragement and support for others who ask questions in class and they are using features such as the grade predictor to prepare and hold themselves accountable.

“In some ways, GradeCraft has changed everything,” Turnbull says. “I feel more flexible in my teaching because I know my students aren’t going to be scared when I try something new.”

She also has some practical advice to anyone thinking about transitioning to gameful learning who hasn’t quite been willing to make the leap.

“Go for it … I can’t imagine going back to non-gameful grading.”

“We often say the best way to learn something is to teach it. The best way to learn a pedagogy is to just do it and figure out what works and what doesn’t,” she says. “It’s going to be unlike anything your students have encountered before. Gameful learning gives students, especially freshmen students, an opportunity to cultivate good study habits in a way I’m not sure any other way of grading really does.”

Turnbull says she’s still learning herself and is excited for a series of changes she plans to make to her course next semester.

“Teaching students who are having fun is 100 times more fun, and it’s been a really cool process of refining how I’m teaching gameful learning. It’s a rowdy class even if we’re on Zoom, and we are having fun in a different way than we ever expected.” 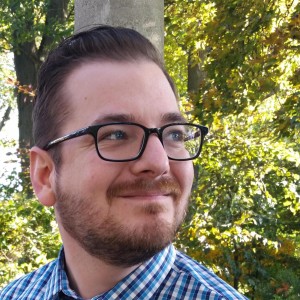