When Kate Compton Barr met a bunch of girlfriends in Sedona, Arizona, seven years ago, she never imagined emerging from the weekend getaway as a co-founder of a company.

Yet there she was, six months pregnant with her first child, listening to her friend Amber Kroeker describe how she designed and created an American version of a Finnish cardboard baby box.

“Somehow, four days later, I was a co-founder of a company, and we were planning launches and I was waist-deep in patents and tech transfer and trademarks,” said Barr, who since January has served the Center for Academic Innovation as a behavioral scientist.

“It’s one of those situations where it’s really great that I didn’t know at the beginning what it was going to take to actually do this. It was me, Amber and our friend Lauren (Hughey), and we just went for it. Naively went for it.”

Pip & Grow was the product of that weekend and Kroeker’s initial work. While none of the original co-founders remains actively involved in the day-to-day operations, the business continues to carry out its mission under new leadership to manufacture and sell sturdy, environmentally friendly cardboard baby boxes to help reduce the risk of sudden-infant death syndrome.

Considering its humble beginnings, the rudimentary appearance of the prototype and the general lack of business experience of its co-founders, Pip & Grow is a phenomenon.

Barr said Kroeker, a child safety specialist, had been working on the project for a year or two in conjunction with her full-time job at U-M as co-founder of University of Michigan Medical Partners. Kroeker received grant funding from U-M to develop the baby box, which in Finland has been a popular item since the 1930s.

The prototype Kroeker showed her friends in Sedona was not exactly inspiring.

“It’s like any prototype,” Barr said. “It was kind of clunky looking, but it looked super strong and passed all the tests. But she didn’t know what to do with it.”

None of them really did at the time, but Barr offered up her experience from having worked as a member of the behavioral science team at U-M’s Center for Health Communications Research from 2009-14.

At Barr’s suggestion, they included on the headboard the three rules of safe placement of the baby in the box: Put the baby on its back, keep the box clear of any loose toys or blankets, and make sure the baby is alone in the box.

The initial name of the company was to be the Safe Baby Company, but Barr learned that was already trademarked. They came up with Pip & Grow after a weekend-long brainstorming session.

“Pipping is what chicks do when they hatch out of an egg,” she said. “So we thought about the concept of a nest, and this box is sort of a nest for your baby, so you would pip out and the box grows with you.

“The baby can sleep in it in different settings for a while. In my family, it turned into a rocket ship when my son was a little older and it was my daughter’s reading area because what kid doesn’t love a box?”

While they learned on the fly to a certain degree, many other decisions were intentional, including where the box, mattresses and sheets were manufactured.

“One of our pieces of business philosophy was we talked about people, planet and profit,” Barr said. “The people part was to manufacture the boxes and all the components in communities where those jobs would do the most good. Our singular goal was to help support healthy children, and healthy children are raised in safe, stable, thriving families, which means jobs.”

The boxes were manufactured in Flint, Michigan. The sheets came from a company in Barr’s home state of North Carolina, and the mattresses came from a company outside of Atlanta. Pip & Grow was initially intended to be a direct-to-consumer business with a wholesale component, but Barr and her partners quickly learned that wholesale was their primary customer.

In the first year, they sold between 500-600 boxes. By the time Barr left her post as CEO in 2021, the company was selling several thousand per year.

While it’s not even been a year since she stepped away from Pip & Grow, Barr looks back fondly on the experience and how it helped shape her professionally.

“In a lot of ways those years were the making of me,” she said. “I sat in I can’t tell you how many rooms with people who made me very nervous. CEOs of huge companies, politicians or investors, and at some point, I just had to get over myself. I had to learn how to speak in public, learn how to pitch to media outlets and be comfortable with that and present myself in a confident way.”

One of her final decisions as CEO before leaving was to offer the entire organization paid leave for the month of August 2021. The gesture, while expensive, was met with understanding from Pip & Grow’s partners and was included as part of a Forbes magazine article.

In the wake of the Forbes exposure, Barr said she was flooded with more than 100 applications to work at Pip & Grow. Leaving the company she helped grow was not an easy decision, but she has no regrets.

“Through those years, I crystallized who I am and where I’m willing to flex and where I’m going to hold a boundary,” she said. “Ultimately, one of the boundaries I had to find for myself was I needed to be with my family more, and my creative energy had taken us as far as I could take us and it was time to turn it over.”

The company is now run by Pip & Grow’s former chief marketing officer, Sarah Nau, and Barr is back at U-M working with the Center for Academic Innovation’s educational technology tools, such as eCoach and Tandem.

In September, Barr and her girlfriends will gather in Charleston, South Carolina, for another get-together. There’s no telling what will come of it. 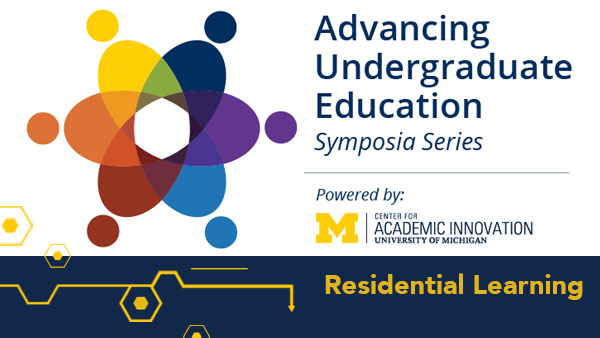 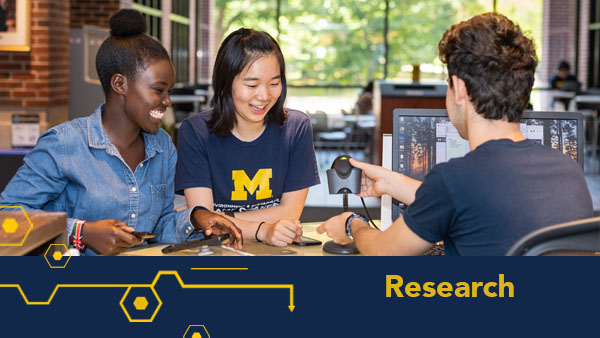 Toward a More Inclusive and Equitable Advising Experience